Here are a collection of thoughts that bring together Japanese indigo and local history of our area, Sumoto city in the middle of Awaji Island, Hyogo Prefecture, Japan.

Indigo was cultivated across Japan until the Meiji era (1868) when it started to decline and be focused in a few regions. As a colour, art form and industry, indigo, ie dark blue,  has national significance, which has even spread down through the generations to the official colour of the modern day football teams.

This picture is from Sumoto museum, its a samurai uniform with (what I assume must be) indigo dyed blue threads. Isn’t that cool? I need to research it some more. Anecdotally I’ve heard people beleived that indigo thread were fireproof and people still think indigo protects against mosquitos. I’m sure it has something to do with prestige as well. 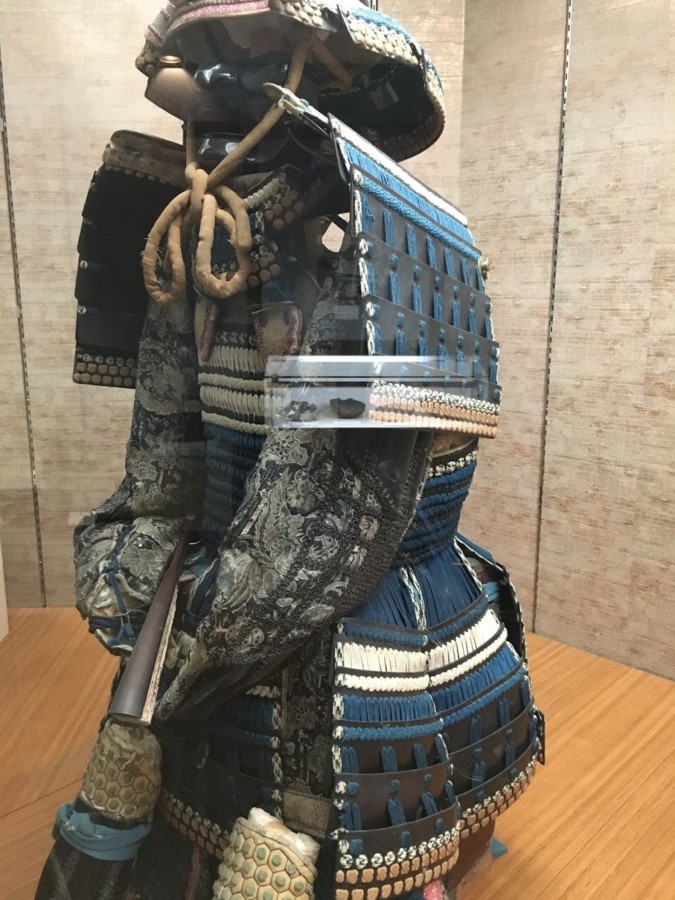 There is an area of Sumoto town called Konyamachi. Konya means dye shop, but translates literally as ‘dark blue shop’. So in Japanese blue IS the colour of dyeing. The kanji that make up konyamachi are dark blue 紺 こん  shop 屋 や and town 町 まち. There isn’t any dyeing left in that area anymore, but the name lives on, (and our shop isn’t far hehe)

There isn’t much physical evidence of this area name leftover but I found this sign saying ‘konyamachi motor pool’ on google streetview: 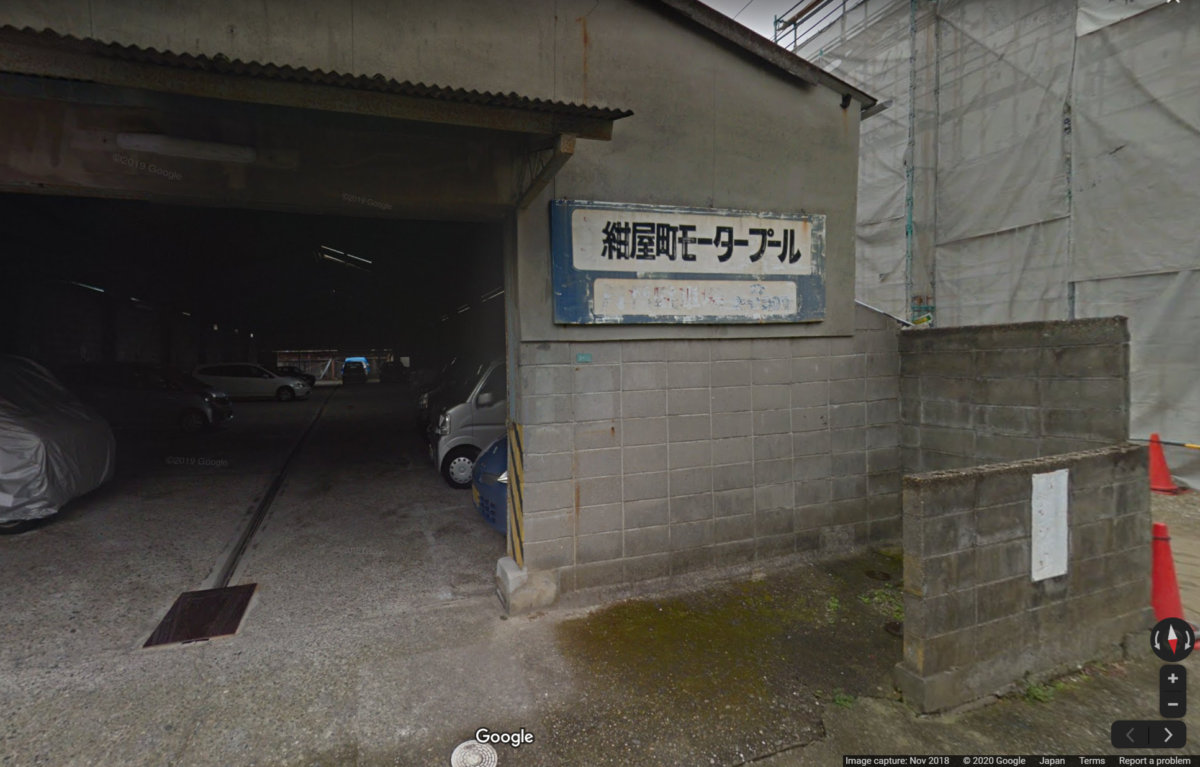 The famous novelist Junichiro Tanizaki lived at an inn for a while in Sumoto. He wrote a novel while staying there. It is called ‘tade ku mushi’ (translates as indigo-leaf-eating insects) and is set in Awaji Island. The English translation of the book is called ‘Some prefer nettles’. Tade ku mushi is referring to tade (indigo leaf) which tastes bitter. The full idiom is tade kuu mushi mo sukizuki (蓼食う虫も好き好き) Even though insects could eat any sweet leaf, some choose this bitter one. It is an idiom a little bit like ‘each to their own’ or ‘horses for courses’ in English.

This picture is a field of indigo leaves growing: 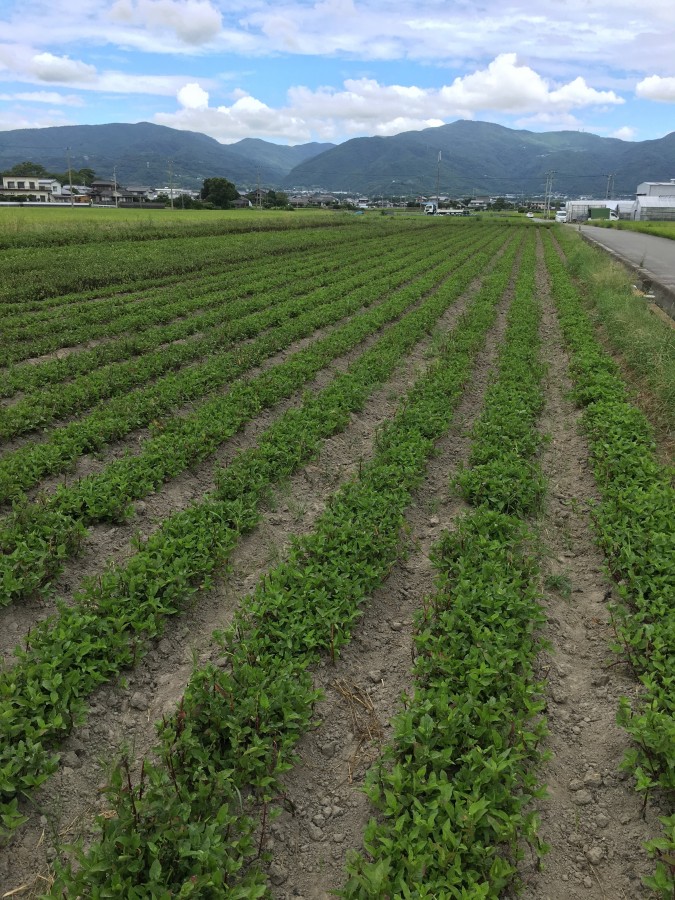 Sumoto used to be governed by and be part of Tokushima, situated to our south (rather than Hyogo Prefecture, to the north). Tokushima was and is still famous for its indigo, with several traditional indigo dyeing and growing places still working hard.  Kitamaebune was a trade route by ship in the middle of the Edo and Meiji eras (1716-1908). Merchant sailors bought and sold whatever they could make a profit on sailing up and down the country on a set route. One stopping point was Sumoto city on Awaji Island (on the west side, called Goshiki). Tokushima wasn’t on the trade route so theres a good chance they were loading up their boats with indigo…

This picture is from one of the lovely dioramas in the Aizumicho Historical Museum, “Ai-no-Yakata” which is in Tokushima. I love imagining people dyeing with indigo through history and feeling connected to them when I dye with the same methods today. 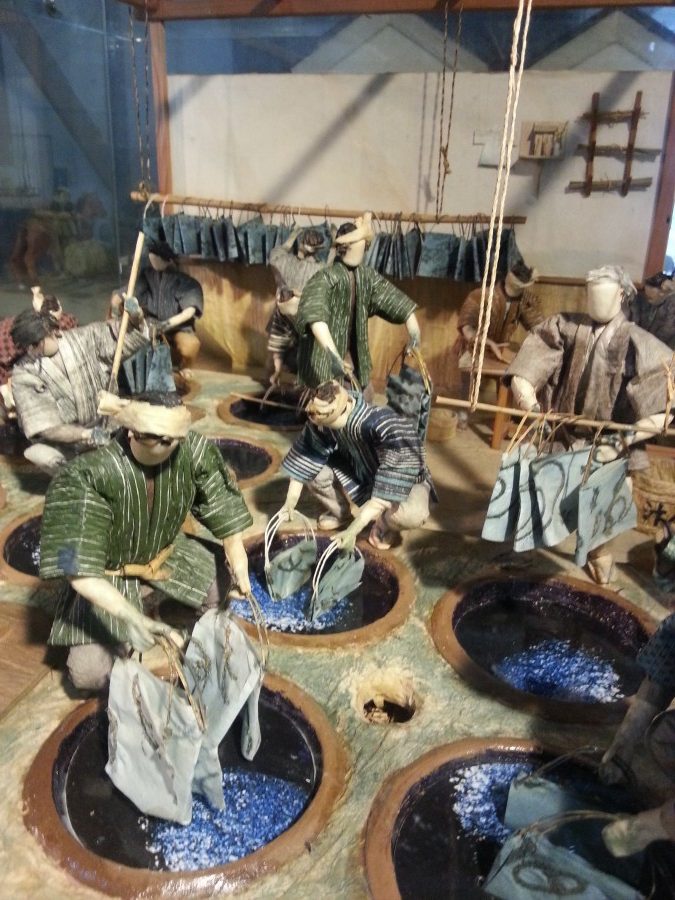