We had a day off from WWOOFing so we came up to 1000m above sea level to some plains and mountaintops called shikoku karst. I have never heard of KARST but apparently its a thing. They seem a bit like Scotland or something. There are some cows and grass which there isn’t much of in Japan. 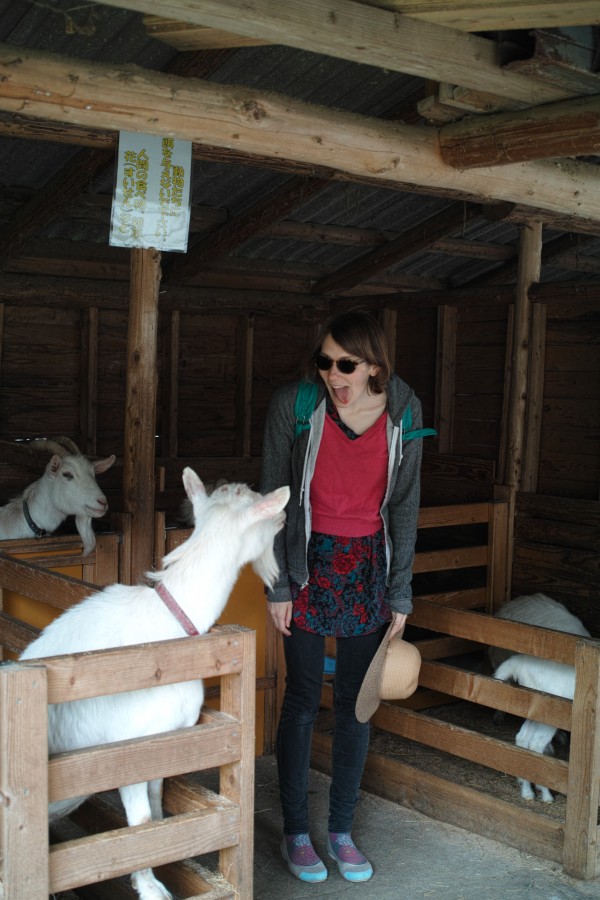 We paid 100yen to see the some goats and a horse on this farm. The goats were pretty fun. 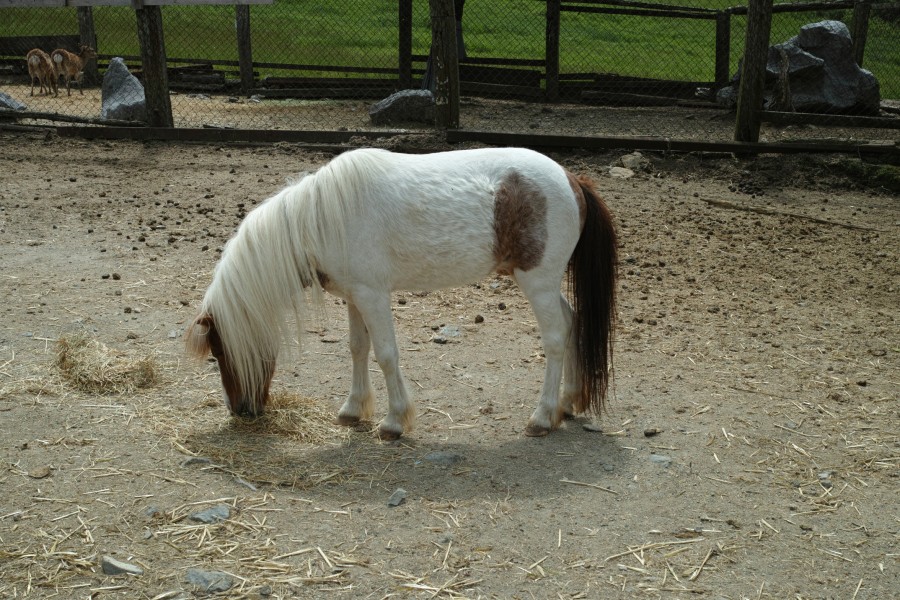 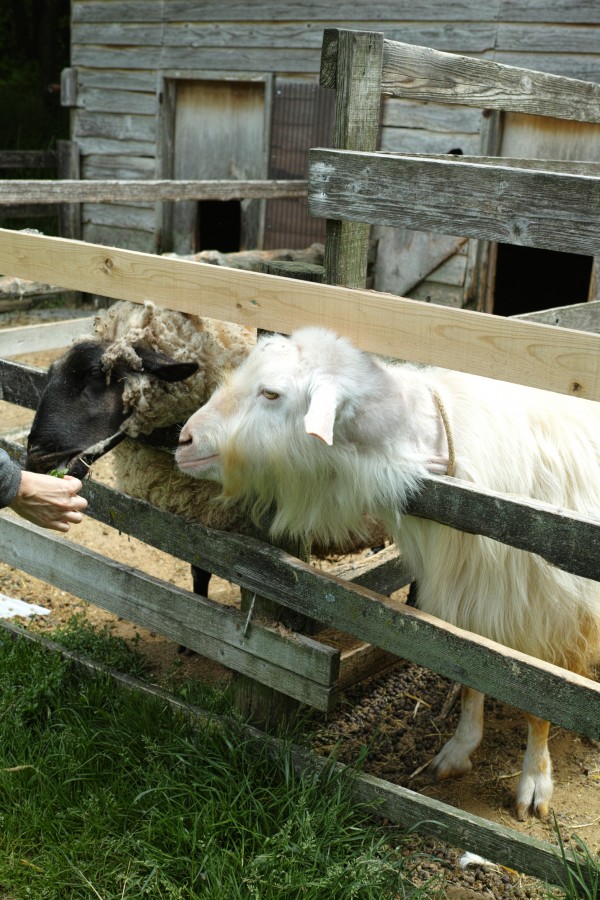 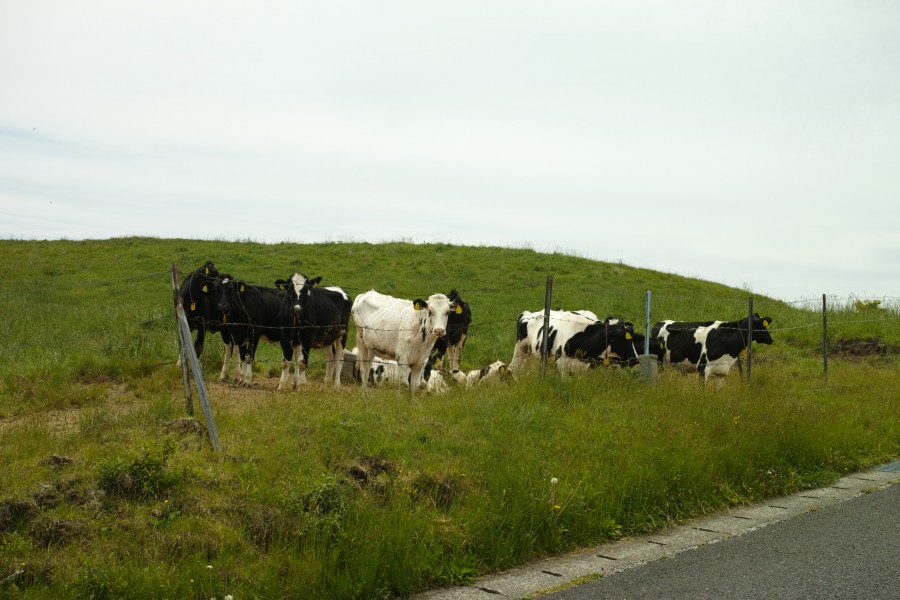 Famous cows. You can by lots of souvenir snacks made with milk. 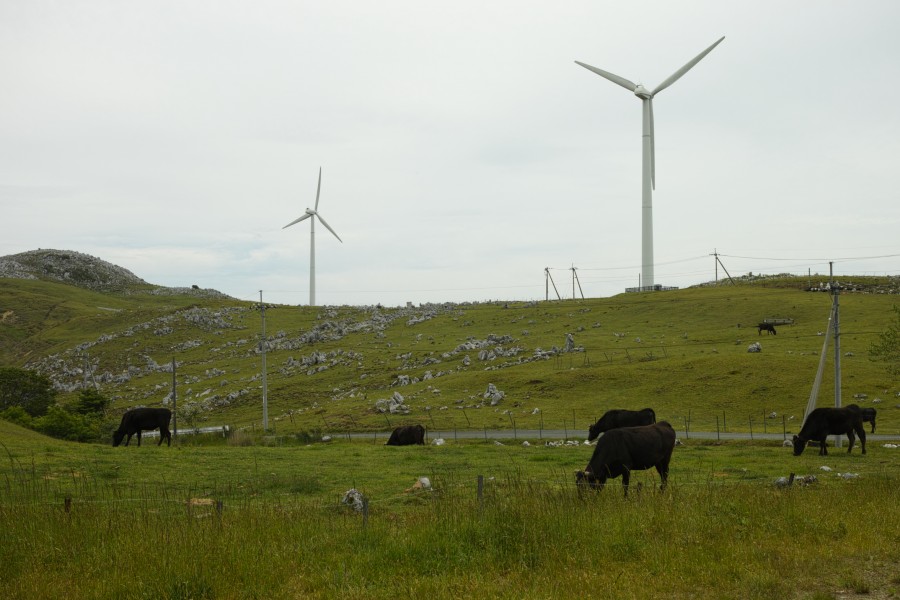 These wind turbines are also kind of famous for some reason. 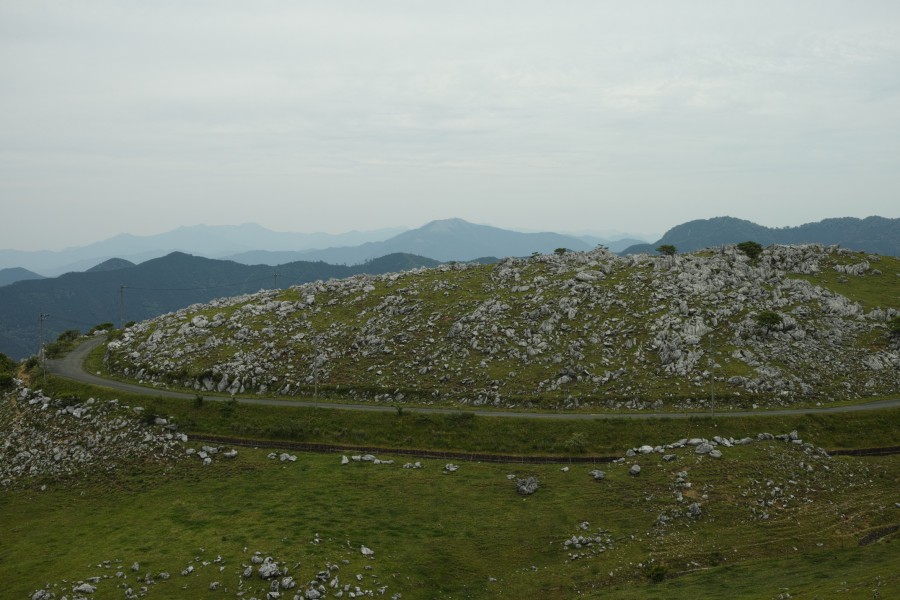 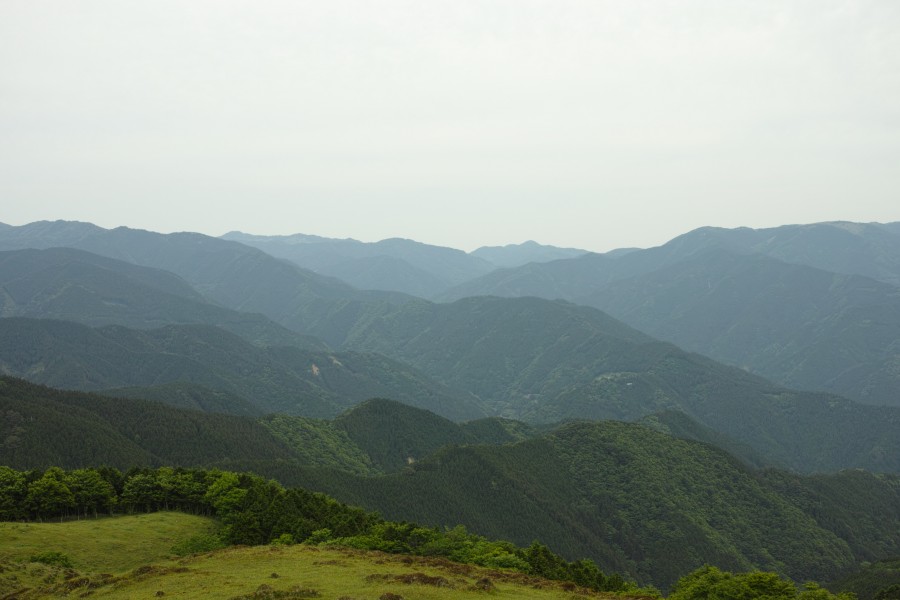 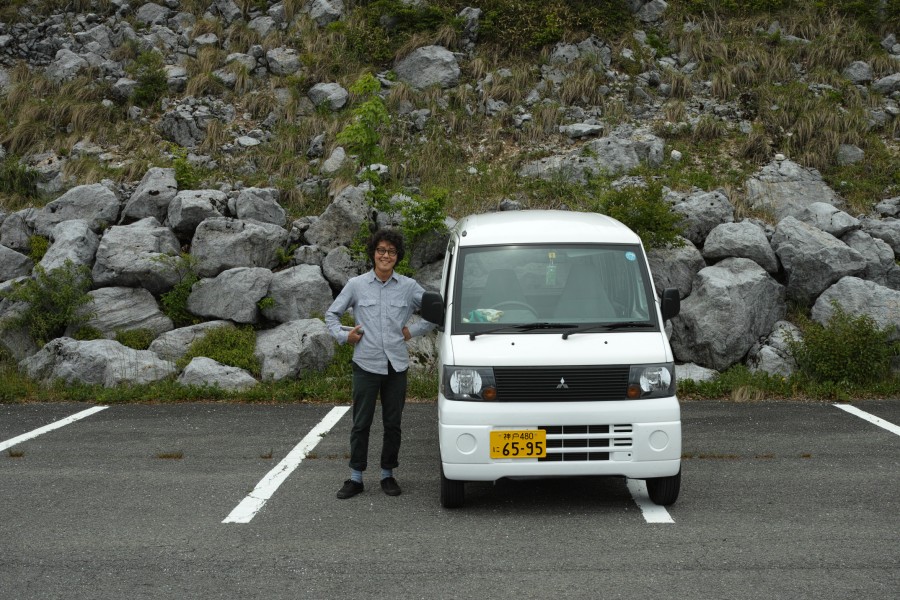 Junichi is very proud of his excellent parking. (At this point has been driving less than 1 week) 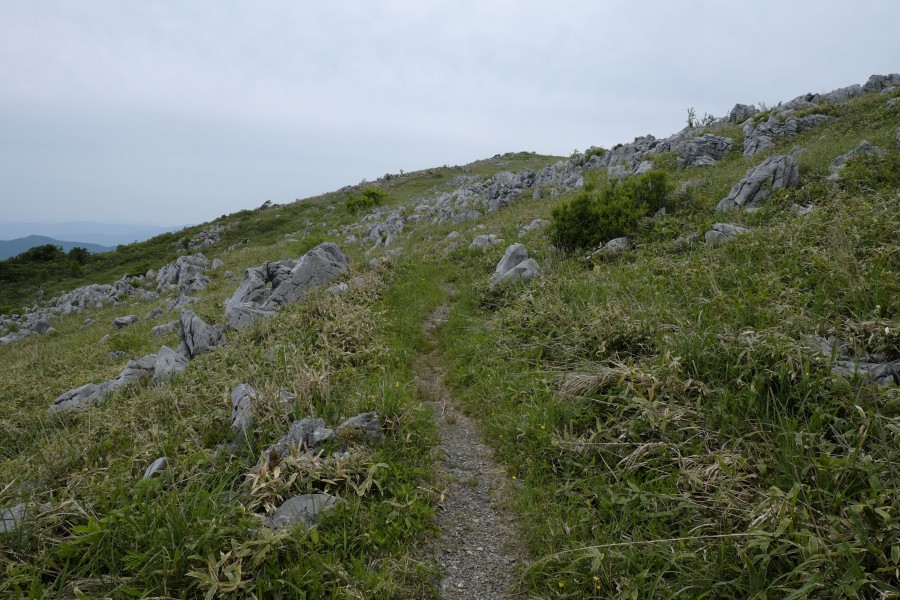 We walked along here and saw a tanuki. He poked his fuzzy face out from a rock. Very cute. I thought it was a badger at first, but there aren’t any of them in Japan so. Tanuki. 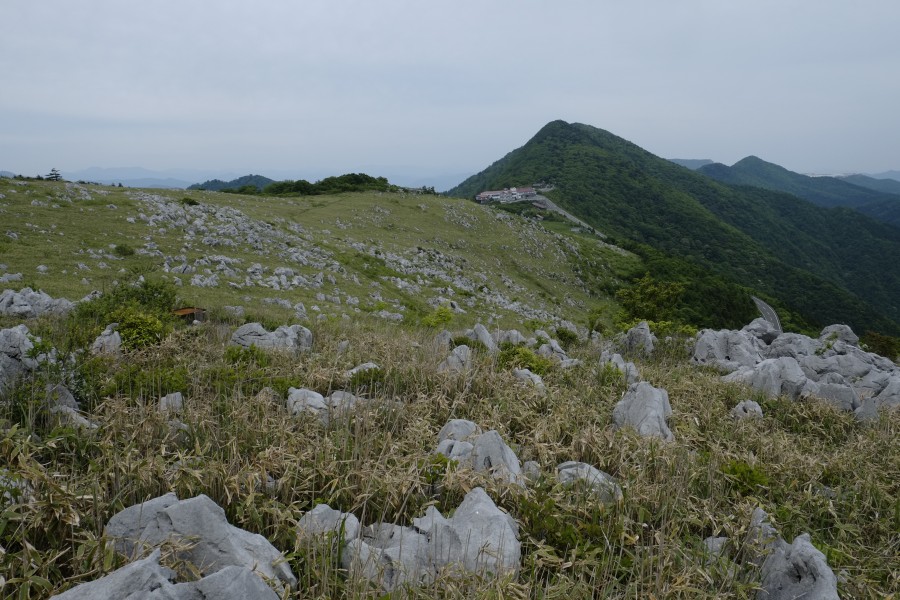 This is up at 1400m above sea level. that building in the distance is a hotel/restaurant which looks kind of worse for wear and we had mediochre soba. 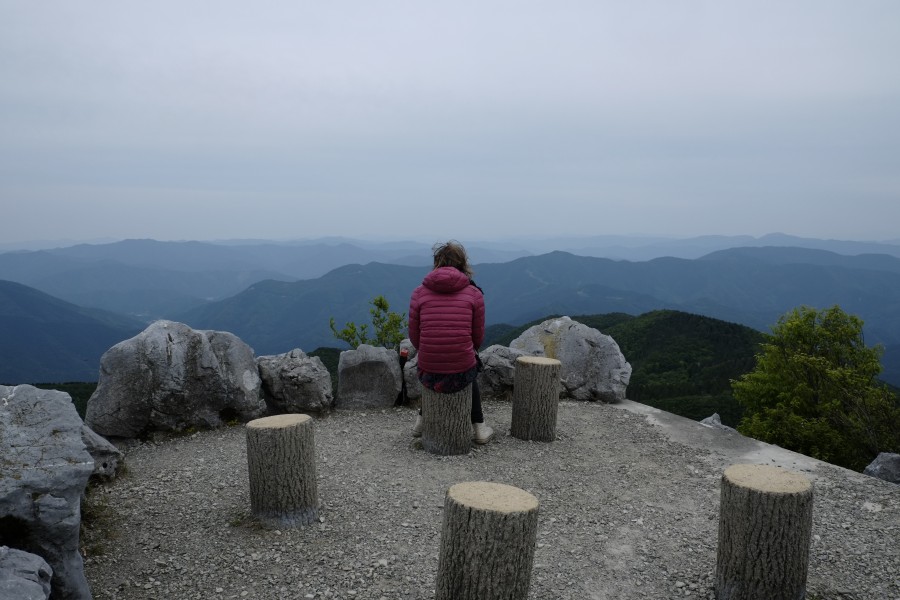 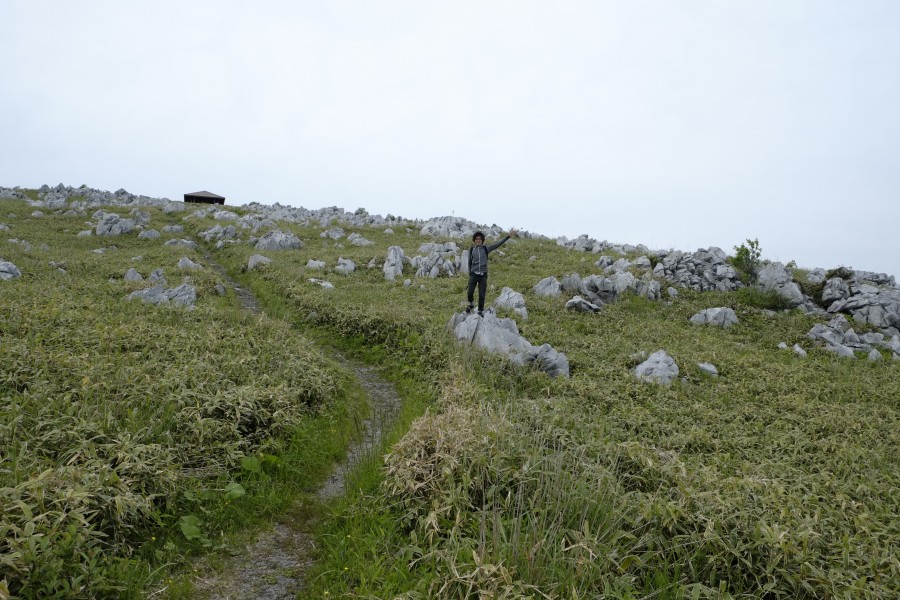 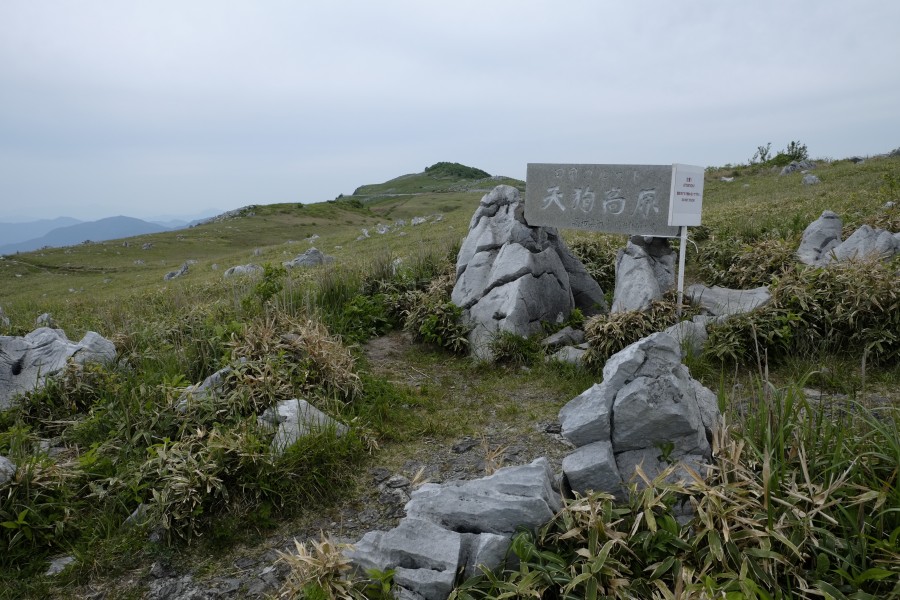